The Realm is now LIVE!

Don't forget to join the grand opening of one of the best Cataclysm realm.

For 24/7 Community chat join us on discord.wowmortal.com

Rules & Regulations
• Solo 3v3 Arena: All qualifying players must reach a minimum of 2300 PERSONAL ratings in order to receive rewards.

• 2v2 Arena: All qualifying teams must reach a minimum of 2300 team rating and players must have at least 2200 personal rating in order to receive rewards.

• 3v3 Arena: All qualifying teams must reach a minimum of 2100 team rating and players must have at least 2000 personal rating in order to receive rewards.

• Any team affiliated or benefiting from arena win traders will be eliminated from rewards regardless of finishing position. (These wintraders should be reported over benefiting from free points).

• Since we had situations where players were kicked out from the teams, each team must have at least 2 players in team(for 2v2 bracket) and 3 players(for 3v3 bracket) to be eligible for rewards.

• Any top 3 finishing position teams must have a minimum of 50% of the games played in order to qualify their team for rewards).

• Bracket rewards do not stack. Rewards cannot be transferred to other characters, the only character eligible for rewards is the one you compete with.

- Custom Transmog Token: create your own custom transmog set without any of the common item transmog restrictions! Cloth to plate, plate to cloth, 1 handed weapon to 2 handed weapons, and so on! The only limit is your own imagination!

Note: If you are unable to launch 4.3.4 wow private server client and keep getting the "ERROR: Cannot stream required archive data." then you need to download the full client of the world of warcraft 4.3.4. You can download it from here >>  Full Client from here << via torrent (Magnet) 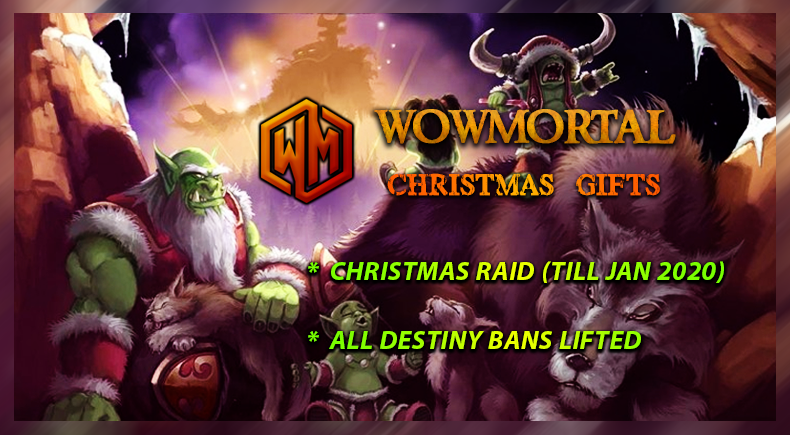